Abhi has built, led, and grown many of the most influential GovTech institutions, including Code for America, Mayor of Los Angeles' Office of Data, and Sacramento's Office of Entrepreneurship. Most recently, as an advisor and investor through EthosLabs, Abhi has helped companies grow from a handful of government clients to thousands, serving tens of millions of people worldwide, including Granicus/GovDelivery, SPIDRTech, and ZenCity, and he has developed funding, evaluation, and M&A strategies for the John S. and James L. Knight Foundation, the Arnold Foundation, Welsch Carson (WCAS), and ONEX Partners. A philosophy undergrad, Abhi holds graduate credentials in business from Stanford (eMBA), public administration from USC Price (MPA), and advanced finance from The Wharton School (AFP). Abhi has taught public innovation at the University of Chicago, and he has been featured as a speaker at SxSW, TEDx, the World Bank, and numerous convenings around the world.

Watch more & get in touch for speaking engagements

Abhi Nemani is a government technology advisor, educator, and operator, who has built and led Code for America, the Mayor of Los Angeles' Office of Data & Analytics, and Sacramento's Office of Innovation and Entrepreneurship.

Previously, Mayor Kevin Johnson of Sacramento appointed him as interim Chief Innovation Officer to build out the city's budding startup sector, through venture investments, grants, and partnerships. Before that, he served as the first Chief Data Officer for the City of Los Angeles, where he led the city's efforts to build an open and data-driven LA. As CDO, Abhi led Los Angeles to the #1 ranking for US open data cities and mobilized LA's growing developer community through multiple events and challenges to put that data to work. To drive innovation within city hall, Abhi built a nationally-recognized Mayoral Dashboard, led data and analytics trainings for city staff, and piloted data science projects to address key policy issues. 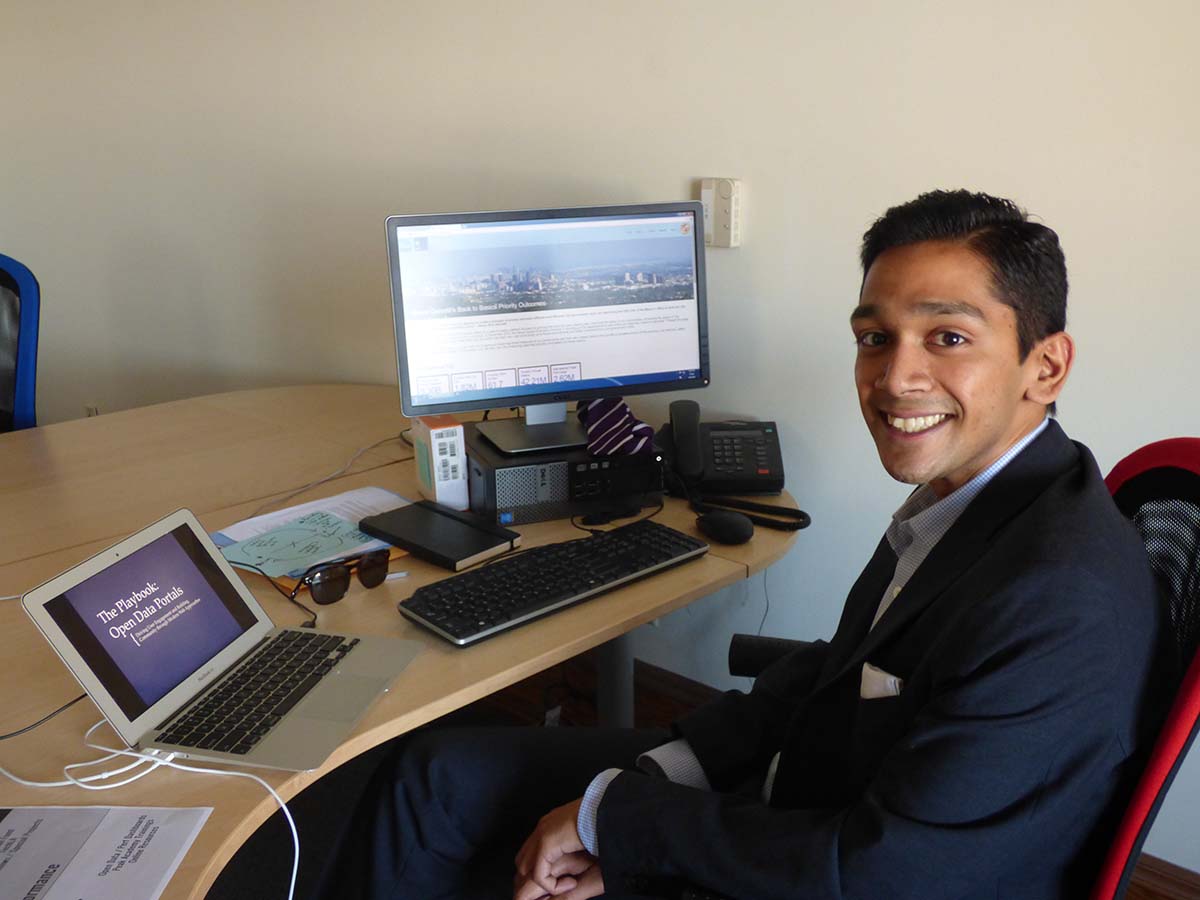 Prior to joining LA's Mayors Office, he helped build, launch, and run the national non-profit, Code for America, a technology organization dedicated to reinventing government for the 21st century. Abhi led CfA’s product strategy as its teams tackled local government challenges ranging from transparency and business licensing to food stamps and public safety. He also led the organization's efforts to scale through building multiple new programs: a first-of-its-kind civic startup accelerator, an international volunteer corps, and a collaborative network for hundreds of government innovators. Additionally, Abhi developed the organization’s policy portfolio — working hand-in-hand with area experts and local leaders — to enact over 30 municipal policy reforms on topics including open data, healthcare, and procurement.

Abhi has also worked with various philanthropies including the Knight Foundation and the Arnold Foundation. He is also an advisor and investor in multiple govtech startups, including CityGrows, SPIDR Tech, GovDelivery, ZenCity, and POLCO.

Abhi is a graduate of Claremont McKenna College and Stanford University Graduate School of Business (LEAD). He is currently pursuing simultaneous degrees in public policy (MPA) at The USC Price School and in advanced finance (AFP) at The Wharton School. In the past, Abhi has taught civic technology at the University of Chicago.

Recognition & Honors for Code for America