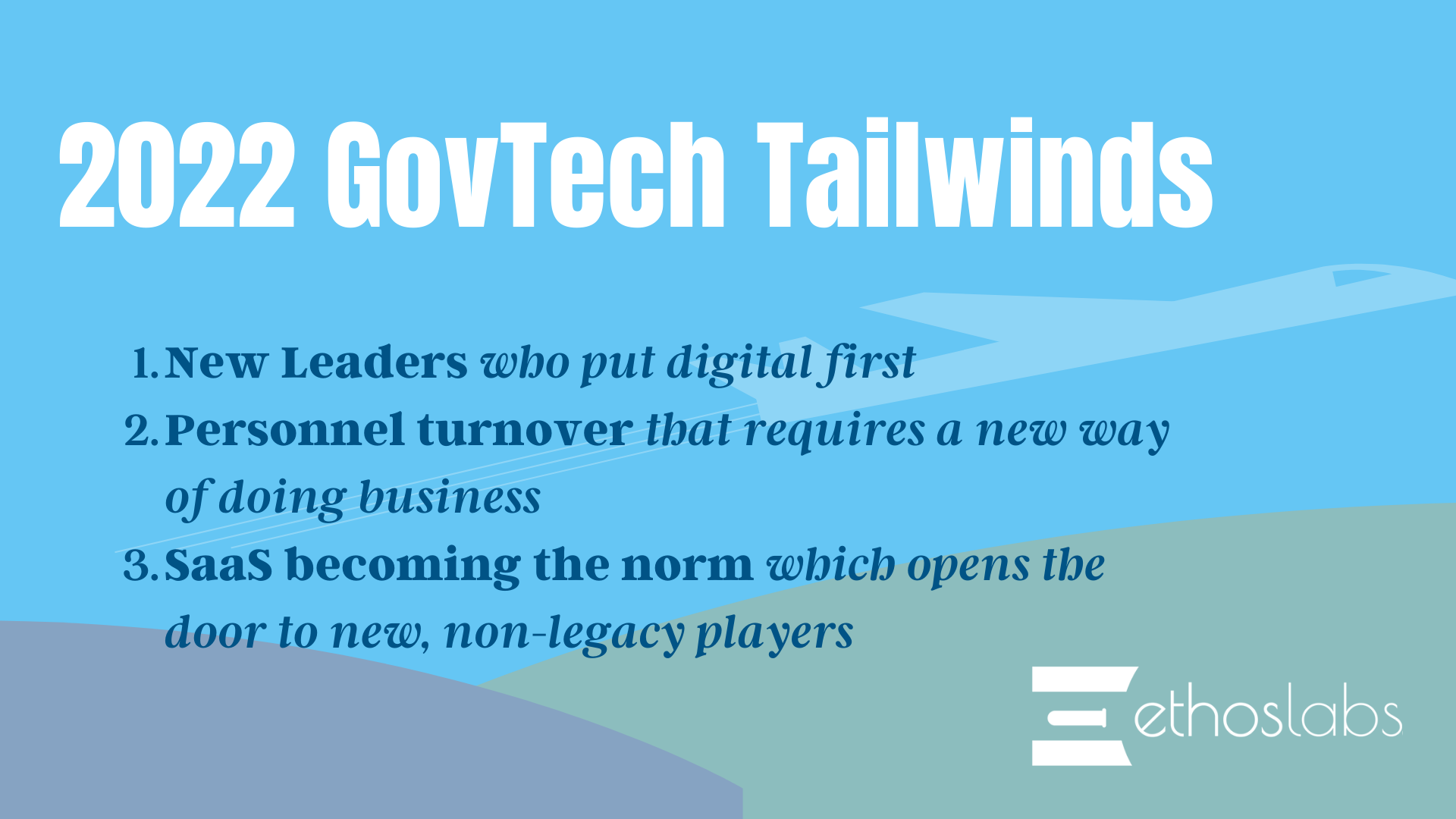 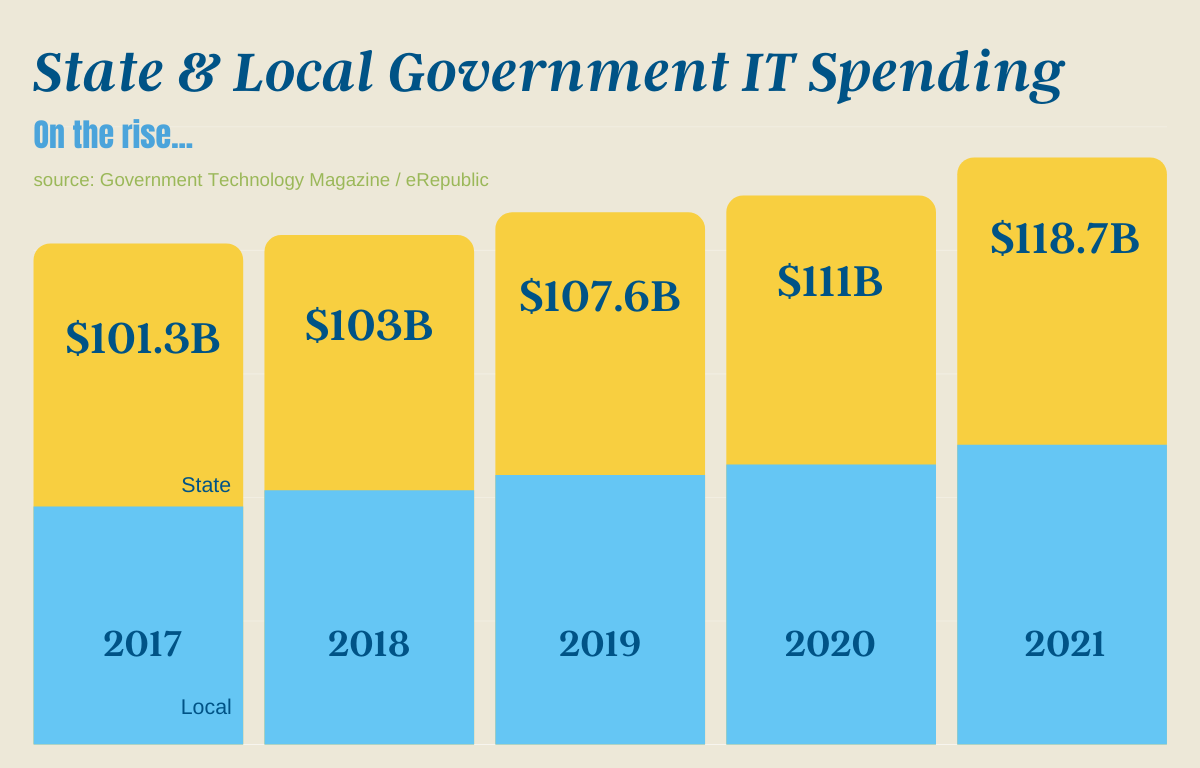 Why? Based on dozens of interviews in the fall of 2021 with CIOs, CTOs, and other departmental heads, along with a unprecedented survey of 400+ local government decision makers, three trends have been fundamentally changing the buyer landscape in government technology over the last ten years, which are now coming to a head: new leadership, personnel turnover, and SaaS expectations. And indeed the pandemic accelerated those drivers. Together, these demand-side shifts not only promise continued growth for the industry, but also more activity, innovation, and competition in the marketplace. 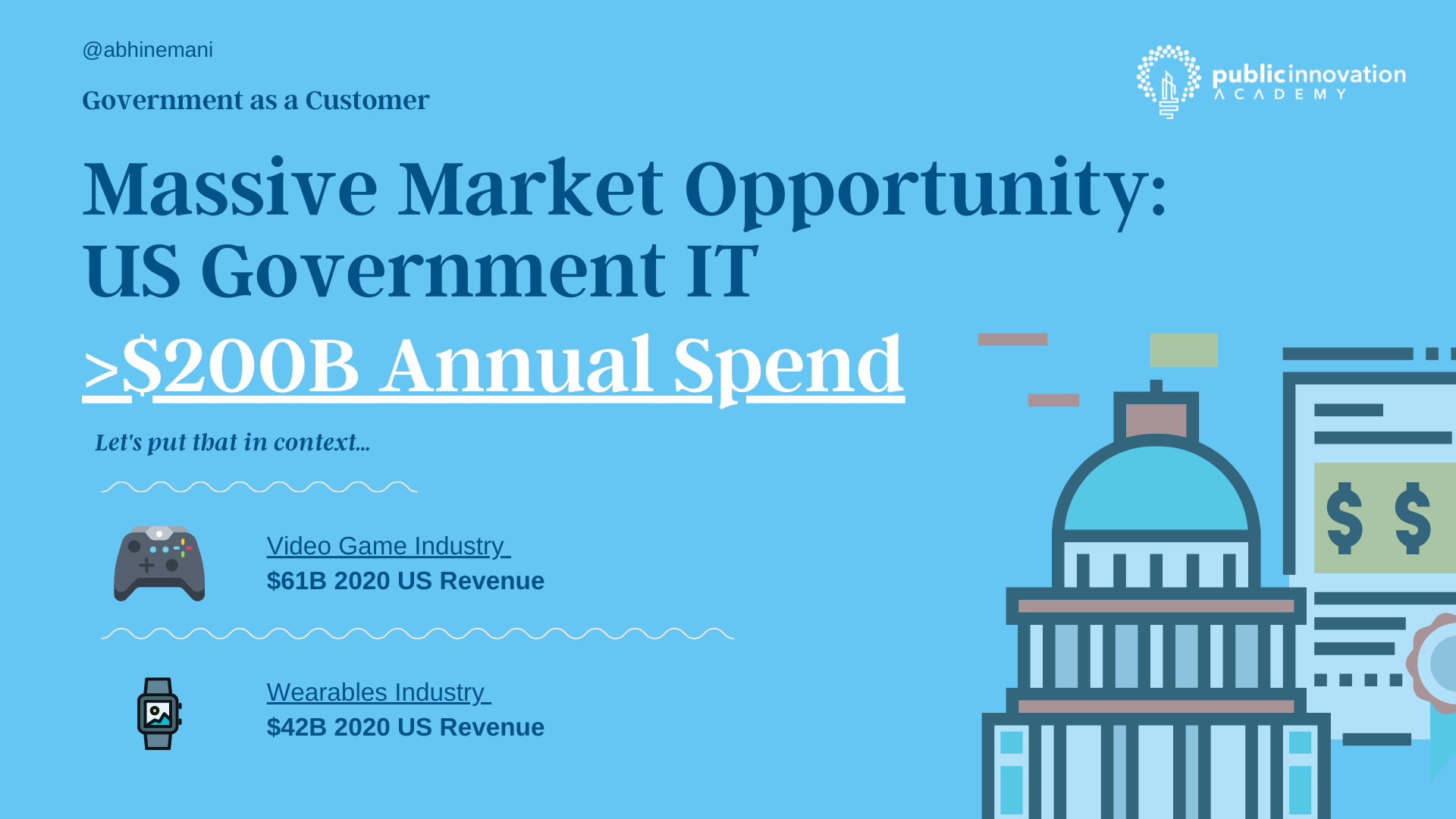 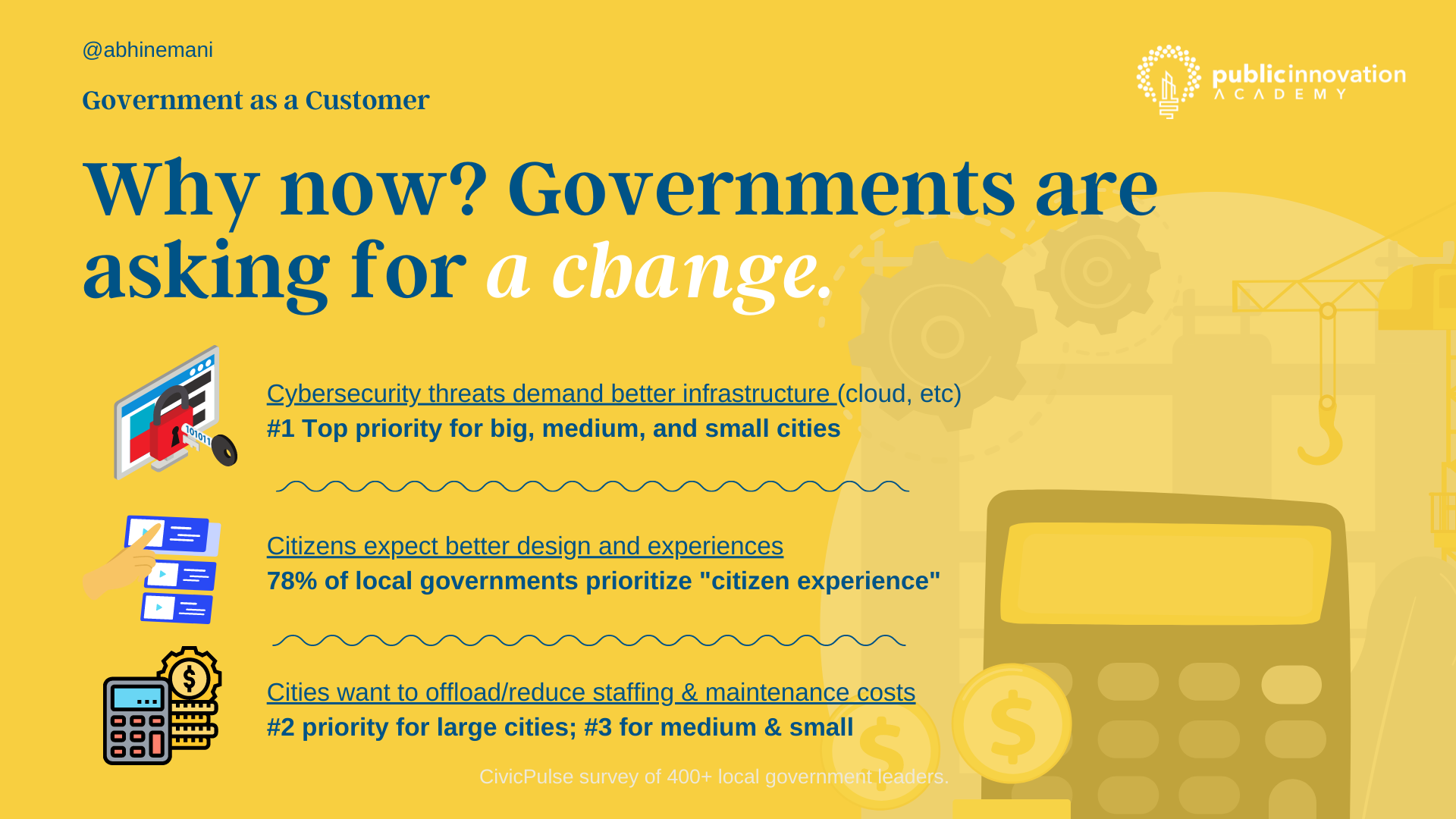