TEDx: The Hack of the Century: Cities

A few months ago I was asked to speak at TedXSacramentoSalon in September. Below is the video and text from the talk from September 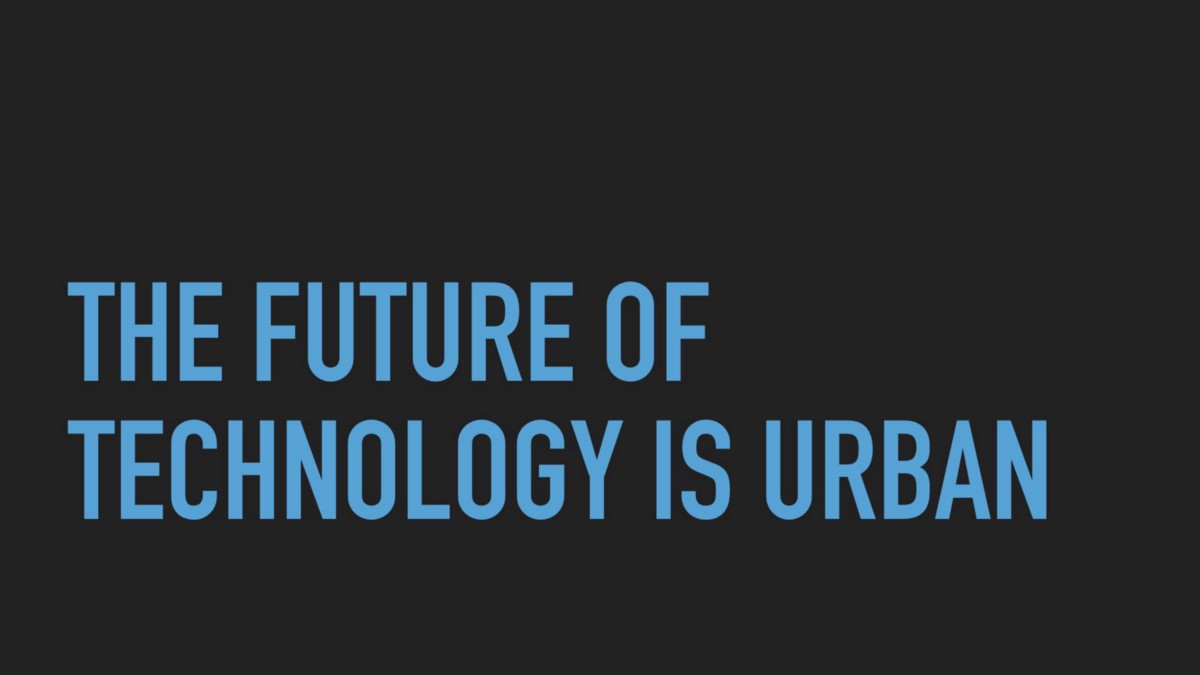 N.B. A few months ago I was asked to speak at TedXSacramentoSalon in September. Below is the video and text from the talk from September — month before this year’s elections. Since then, I thought it’s worth clarifying that I have since then voted and participate actively in my personal capacity. I implore the reader to see the intro more as a hyperbolic hook, and less as an argument against voting. I firmly believe voting is an essential right and a particular, wonderful, and universal privilege: indeed, we all must vote.

I’m going to tell you guys a secret. Can you guys keep a secret?

I’ve lived my life in public service. I helped run a company called Code for America, then was the chief data officer for LA and then now I’m the chief innovation officer here in Sacramento. Public service is my life. That isn’t a secret. In fact, I will tell you this, that I actually keep a copy of the constitution in my pocket.

Here’s a secret though. I’ve never voted in a federal election.

This isn’t apathy or malice. There’s some reasonable thinking, I hope, behind this practice, if as nothing more than a conversation starter. Because I think this a conversation we need to have. So why is that? What’s going on in our cities that make us trust them so?

Let me give you an example. I used to run this company Code for America and we focused on helping cities solve problems with technology. The problem NOLA tapped our too to address was blight — vacant housing.

It’s easy to think that because of Katrina, blight is just a New Orleans problem; it’s not. It’s a problem everywhere. I’m from St. Louis, and I will tell you, when I talk with the mayor, he says this is one of the biggest problems they have and I’m sure it’s a big problem here in Sacramento too. Why? Because vacant housing are hotbeds for drugs and crime, affecting the entire neighborhood’s quality of life and value.

Cities have to figure out how to deal with it. What was fascinating when we were in New Orleans is there’s this woman. She’s wonderful. Her name is Miss Rita. She cared about her community. She’s older, retired, didn’t have anything else to do with her time so she wanted to focus on figuring out what’s going on with the community. She would literally with paper maps track what’s going on with vacant housing in her community. If you walk into her house you would see these big pieces of paper, which apparently are called Tom’s guides that I’m too young to know what those really mean, all around her house that she’s tracking manually what’s going on.

Here’s what’s fascinating. The mayor had the same problem. The mayor was asked by citizens all the time, “Hey, Mr. Mayor, what’s going on with vacant housing in this place? What’s happening in that specific area?” He didn’t have an answer because he didn’t have the information or the data to answer that question. He asked his chief information officer, “Can you build an application to solve that problem? Can you build an application on my iPad that you can tell me what’s going on?” He said, “Yeah, sure. It’s going to cost me $3 million and take 3 years,” because that’s usually how government does business.

We took a different approach in New Orleans. What we did instead was we opened up all the data and the information around what’s going on with vacant properties and blighted properties in New Orleans and said, “Hey, hackers, people in the community, can you build something on this?” We deployed, when I was in my old organization, Code for America, we deployed Code for America fellows to build something on top of that data and we built a very simple application called BlightStatus. You can look up an address and see exactly what’s going on. You can see that’s where it is and the status of either demolishing it, reselling it, etc, and you can also see at a macro level what’s going on in a general community.

That itself is interesting, but the story doesn’t end with just a dashboard.

Guess who was the main user of the app? It was Habitat for Humanity. This community based organization needed basically a realtime CRM on blighted houses, and the city just handed them one for free.

That I think is what’s most exciting about building new technology for cities, is that you can empower people who aren’t technological to do things that help their city better, which is why I think the future of cities is technology.

I think the way we make cities work effectively in the 21st century is using technology to solve every day, real-work problems. Plus, sometimes they do some cool stuff too. This is a picture of the “wicked cool tree” in Boston. This is a tree they set up in City Hall where you could tweet at this hashtag and it would change the color of the tree based on your tweet. They also did a thing in Boston where they took a food truck and re-purposed it as a “City Hall-to-go” food truck. You didn’t have to come to city hall to renew that permit; City Hall will come to you. (Though likely without tacos.)

It’s hard not to trust a city when they’re that cool. But I think most importantly, this is a quote from the Mayor in Minneapolis: That’s an important perspective on local government, is that it’s not about traditional partisan politics. It’s about getting — sorry for my language — getting shit done. That’s what we care about and that’s what we do. .

That’s government. Government is moving in this area that they focus on technology more. But technology is also really focusing on urban. Imagine, how many of you guys took Uber to get here? Or Lyft? Or used a Zipcar? Or some other app/service I’ve never heard of? It’s impossible to deny that getting around a city has radically changed in the past few years. Because cities are dense, tightly woven, and there are people there… people with smartphone that tell you where they are and can request a car that’s only 2 minutes away. But this kind of immensely convenient (arguably disruptive) technology only works in cities, in an urban environment. You couldn’t have Uber if people didn’t live in urban environments. There wouldn’t be enough people around. You couldn’t have Airbnb without urban environments; there wouldn’t be enough apartment units or Uber to get you from the suburb back to downtown. Ways and Google Maps and everything else that we use on a daily basis only work because we all live in cities — they continue to get terabytes and terabytes of traffic data and behavior because we continue to use them day after day to get around.

All of this urban innovation couldn’t come at a better time. Right now 50% of the world’s population lives in cities, 50%. In the next 10 years it’s going to be two-thirds, 67%. So just to retain relevance, technology has to be urban, and I’d go further, I’d bet that the next “unicorn” though I’m loathe to use that phrase will be fundamentally urban.

The last thing I want to say and I’m going to pull off stage here in a minute is that what’s most exciting to me is bringing those 2 things together, 1) the fact that we live in cities and we care about our cities and 2) cities need technology, and that technology is fundamentally urban. How do we bring those two things together?

Let me give you an example of that, which is really the most compelling illustrations about what the next phase of “good” technology will look like. In a city if you have a heart attack it takes about 11 minutes for a ambulance to get to you. However, most cities are overwhelmed with 911 calls, so it’s hard for them to respond to you right away. Well, what if — and this is a big if — you could bring that number down just a little; say, 8 minutes? That would increase the likelihood of survival by more than 2/3 (67%). This means that if we could creatively speed up the delivery process for assistance, we could be saving lives. Saving lives.

Turn’s out, there’s an app for that. A company called PulsePoint launched a couple years back. What they didn’t to do was to crowdsource the problem. As firefighters themselves, they knew that AED kits — the small defibrillators you see hanging on the walls of almost any public place — were everywhere, well, everywhere where people were. And some — not all of course — but some may have gotten AED trainings either voluntarily, for sports, for work, etc. So they decided to cut out the middle man.

Effectively, the app asks you, standing right there next to someone in cardiac arrest to step up and use your training to help, reducing that patient’s response time, and increase their chance of survival. Literally, if you keep the application open in the background, it may someday send you a simple notification: “Hey, someone’s dying near you. Can you help them out?”

I guess in closing what I’ll say is this, and you can’t give a talk about cities without quoting Jane Jacobs, so I have to do this:

And this is truly just the beginning. Once we start to see the fundamental realignment between our prevailing technology (networked and mobile) and our prevailing organizational unit (cities), every day is a chance to reinvent your city, to not just hack together another app, but to mold the way you, your family and friends get to strengthen, celebrate, and enjoy beautiful cities, just like this one here in Sacramento.