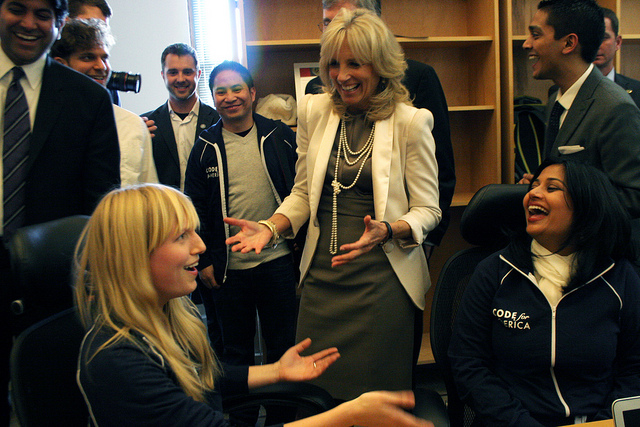 Many others have written wonderful, thoughtful, and moving pieces on the passing of Jake Brewer. People who knew him better than me, people who can write more effectively.

I pen this now less as an effective memorial, but more as a distillation of the thoughts that have been rambling around my unhappy mind for the past few days.

Jake was a friend.

I met Jake about 5 years ago working on a project with Code for America with the former CTO Aneesh Chopra. Anyone who knows Aneesh knows that he’s a big, crazy thinker whose ideas most would think impossible. But not Jake. We were planning a big, hard project, one which Jake was leading. It’d make most people say, “hell no”. But not Jake. And Aneesh, in the way that he does, would throw out one crazy idea after another. Whereas most would say, “No,” “Not possible,” and “What the hell are you thinking,” Jake would say, “Sounds good,” “Let’s do it,” and “Who do we talk to?”

After that first project, we had many, many more. In our conversations, there was usually a pause, and then one of us would say, “What if…” And usually we took a stab at making it happen.

Jake had a unflappable belief in the possible that was contagious.

A belief solidified by sheer competence and an ethos of leadership.

And of course that’s borne out in his resume and accomplishments — so much done in so terribly little time.

But I suppose what I’m left thinking about most about Jake is less his CV and more his style, his persona.

It’s said that some people can light up a room; that others can own it. Jake, I know, could do both, but to me, he did something different and better. Jake would warm the room. He made everyone around him feel more welcome, feel better. I know he did that for me. No matter how tense or complicated a situation, he’d walk into the room with a smile and with energy that would ease and uncomplicate.

And I will miss him.