Thoughts on what’s next for government innovation 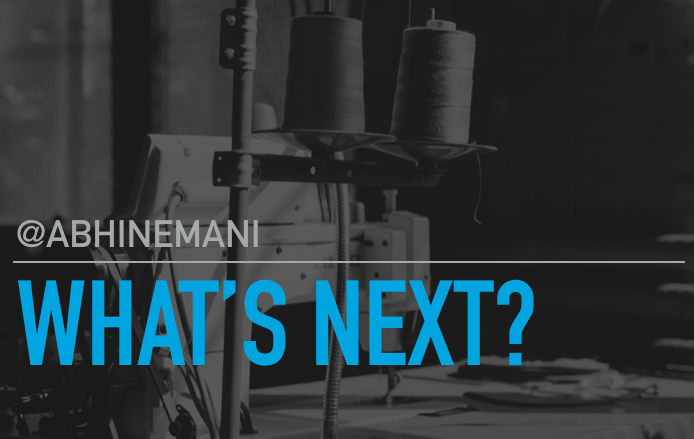 I was recently asked to draft some thoughts on what’s needed for government and civic technology to continue to flourish. My thoughts — however useful — are below.

Cities are proving that they can dramatically improve service delivery and responsiveness through operational optimization determined through data science and analytics. This is why you’re seeing cities such as New York, Boston, and Chicago invest heavily in their data science capability. But very few cities have or could have the resources to fully staff a data science team. (Some of the smaller ones are beginning to develop “Performance Management” teams, which are effectively lightweight versions of a data science unit.) Startups are emerging to provide data science expertise as a service for cities, providing insights at low cost, without additional staff, and at scale across the country. (For example, Enimga.io, mySidewalk, Datascience.com.) Not only will this be a profitable growing enterprise, but by working with multiple jurisdictions at the same time, they will be able to have collective learning that can benefit not just some cities but all.

City IT departments have been decimated by encouraged retirements and budget cuts. (In Los Angeles, for example, the IT department has shrunk from 800 to about 150.) This means that the remaining IT staff is tasked with not only performing multiple jobs at the same time, but also innovating. Even with renewed interest in public service, though, it is difficult to fill the available jobs, as HR/Personnel departments have been equally undermined. (In Los Angeles, it takes roughly 500 days to fill open positions, rendering them untenable for top-notch talent.) What’s demanded then is both reform of the civil service policies and procedures to make it easier to quickly hire good people and training for existing city staff on how to better leverage their roles: the use of SaaS software, partnerships, new contracting mechanisms, and “small jobs” (e.g. Mechanical Turk, etc).

The previous thinking around open data could be summarized as follows: “If you build it, they will come.” That isn’t the case. Even in the nation’s second largest city, the open data portal had few more than 10,000 visitors a month (.25% of the population), and most of those were city employees. Data from open data portals across the country tell a similar story: the mentality of putting “spreadsheets on the internet” doesn’t truly foster citizen engagement or promote accountability. This needs to and has started to change. Instead you are seeing two trends emerge: 1) integration of open data into existing consumer experiences/apps; 2) the development of custom, issue specific, and action oriented visualizations of the data.

Data suggests that the vast majority of apps (over 90%) are opened only once; that means, the app economy is a “winner takes all” ecosystem. Thus, governments should focus less on building new interfaces/apps that try to compete with popular consumer apps (e.g. Facebook, Uber, Twitter, etc), and instead leverage them. Already we have seen fruitful partnerships between cities and consumer platforms such as Yelp, Trulia, and Waze. This should be the norm not the exception.

Specific action-oriented data visualization tools have proven to much for useful for government decision-makers and civically-minded residents. These work best when there’s tight alignment with existing decision-making processes. Most notable is the COMPStat processes run by many city police departments. For instance, LAPD worked with Palantir to develop a crime dashboard — infused with other relevant information such as traffic, public events, etc — and then host weekly senior management meeting relying primarily on this data visualization buttressed with contextual information from on-the-ground officers. Concrete decisions about force deployment are made; and these meetings are also open to the public, thus increasing transparency and so trust in the policing process. This -Stat model has been replicated with success in other areas, including Fire, EMS, Blight, and even Parks and Libraries.

We need simple data visualization platforms (or trainings) and a theory of best practice around the citizen engagement needed to make the public meetings work.

Championed most famously by the UK Government Digital Services group, led by Mike Bracken, the notion of digital services is rather plain: transform the analog, paper-based, or legacy systems agencies used to interact with residents and make them open, citizen-centric, and simple. Think updating your passport or purchasing a parking pass. It’s as obvious as it is essential. The UK began their “digital transformation” a few years back, and has made steady progress, as seen here. So much progress in fact, that the U.S. Federal Government has launched its own set of sister programs, the US Digital Service and 18F. These teams of in-house developers and designers dive in to create digital-first interfaces to government. Sometimes that’s as “easy” as a better looking website, or other times as “hard” as ensuring the exchanges on Healthcare.gov began to work after their early hiccups. Indeed, it was Healthcare.gov that arguably gave life to this American breed of the digital services effort; after such a dramatic failure, a commitment was made, “Not again.” Now the digital interface is considered alongside the policy and the business process, meaning that the tech and data is not simply tacked on to the end but baked into the entire process. Put simply, a digital-first strategy means data-first too.

Yet it will be very difficult for most jurisdictions to build a digital services unit akin to GDS or USDS due to a lack of budget and access to talent. We can, however, support the emerging marketplace of government technology (govtech) startups, with a bias towards improving service delivery and a requirement for an “open data by default” strategy, leading to better data for community engagement.

For years, the civic technology has been pushed further — in more ways and into more places — through the vital contributions of volunteers. Hackers, designers, entrepreneurs willing to commit as little as a few hours once a year to other leaders donating dozens of hours every month. Chiefly, these were supported through a lightweight network based out of Code for America, called the Brigade. Yet, increasingly, it questions of sustainability arose. Success, in fact, for a Brigade was a double edged sword. As the groups grew and projects became substantial, the burdens on the volunteers increased — particularly for the group leaders (Brigade Captains). Read the following from Eddie Tejada, fmr head of OpenOakland, the CfA Brigade, on his decision to transition out of his leadership role:

“Every once in while I wondered how sustainable this was. I feared that one day no one would show up. But I am I still amazed that, every Tuesday at 6:30pm in Hearing Room 3, there will be one or two dozen OpenOaklanders asking questions and proposing new projects. But keeping this pace has challenging for me. Personally, I found it difficult managing existing projects and relationships while engaging in new ones. For example, I started a company and wanted to make sure I still had time for friends and family, and suddenly I was not keeping up the way I wanted to.”

Without dedicated funding for operations — ranging from snacks to office space — or for staffing, the Brigades were often hamstrung or forced to focus on non-technical administration such as fundraising or sponsorship. And without a easy, formal way to raise funds (most aren’t 501c3s) even that proved difficult.

Different models are emerging: hybrids of public private partnerships or consulting — community organizing organizations. In Chicago, the Smart Chicago Collaborative — a nonprofit partnership between the city government, the MacArthur Foundation, and the Chicago Trust — provides support infrastructure for the local Brigade: hosting for apps, fellowships for app contest / hackathon winners, and office space. Modeled slightly off of Smart Chicago, Compiler.LA was recently launched in Southern California: Compiler is a new civic-focused, for-profit consulting building technology for area foundations, local governments, and non-profits; in return, they commit a specific portion of their revenues to running the local Brigade. Essentially the Brigade becomes a kind of marketing and recruitment effort for their business, creating a business case for it, and also a revenue stream. Finally, these kinds of consultancies themselves are needed as digital government and civic engagement become more commonplace, as local institutions (cities, nonprofits, or foundations) will need local consultants to contract out new projects.

State and local governments in the US spend nearly $100B on technology every year; all the while, 99% of government technology projects fail, wasting taxpayer dollars and undermining crucial service delivery. This has to change. And it’s starting to. A marketplace of new govtech startups is emerging, eager to change the way government works, using principles of the modern web: open, collaborative, and an ethos of constant improvement.

What’s needed is the infrastructure to connect the dots between governments looking to do things differently, and startups ready to serve. Too often innovation does not scale because the innovators are too focused or only connected locally, so their pace of growth stalls. Simple connections between the key players in different cities — and some local insight into funding or contracting — can make a massive difference in the lifespan of a particular tool or innovation. Naturally, this can and should be followed on by more intensive hands-on support: mentorship, financing, outreach, etc.

What are your thoughts? Let me know in the comments. We all need to be talking more about this.